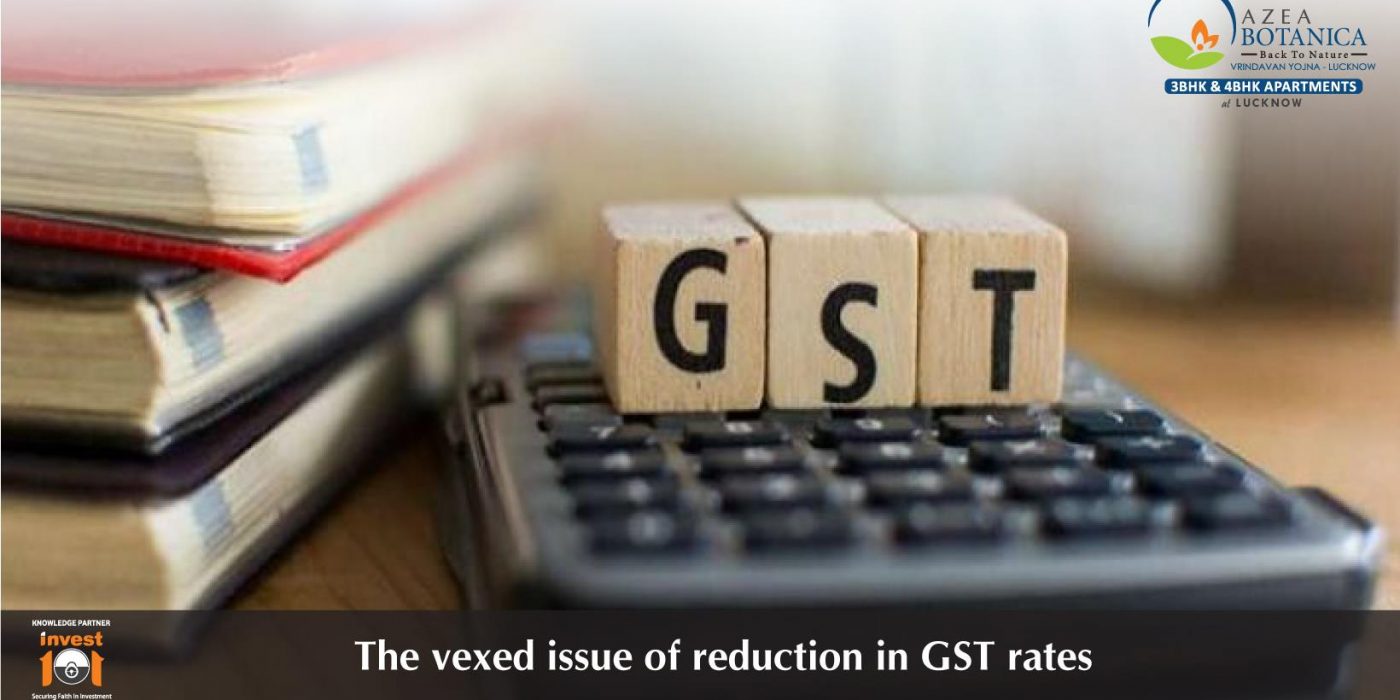 There are two reasons why home buyers aren’t willing to buy under-construction property. Firstly, bitter experience with delayed projects and frauds resulted in a lack of trust. Second is the GST rate on an under-construction property: it attracts a 12 percent GST. On Sunday, the government tried to address the second concern by slashing the rates on under-construction flats to 5 percent in the non-affordable segment and 1 percent in affordable housing. While the industry welcomed the move saying that “there’s a reason for the middle class to rejoice”, however, there is a catch. In fact, there are quite a few things to ponder over.

One, the GST rate cuts are not applicable immediately. It applies only from the next financial year, which means there would be no resurgence of demand in under-construction apartments immediately. Two, whether the middle class rejoices or not depends on if the costs of construction go down for the developer and how much of that is passed on to the consumer, Girish Vanvari, founder of Transaction Square, a boutique tax, regulatory and business advisory firm, says.

The reason why costs may not go down for the developer is that input tax credits have been disallowed. On the other hand, GST rates for some of the raw materials haven’t changed, or are still high. Niranjan Hiranandani, National President, National Real Estate Development Council (NAREDCO), said as much. “Industry lauds the GST rate cut on real estate to 5 percent on non-affordable and 1 percent on affordable housing without input tax credit as a positive move, which brings a big relief to the home buyers and helps to narrow down the demand mismatch gap,” he noted.

“This announcement gives an impetus to the affordable housing and enthuse home buyers to close the sale deals. The GST rate on cement has not been reduced as was expected, at 28 percent it remains among the highest taxed inputs for construction-and there will be no input tax credit, so developers will face a tough time. Also, if the announcement was ‘with immediate effect’, we would have seen sales of residential real estate units in the current financial year; w.e.f. 1 April clause means we will see a rise in sales figures only in the next financial year,” he added.

Some estimates say that today, 90 percent of the sale is of ready properties. The 10 percent in the under-construction market is going only to reputed builders. In many cases, buyers weren’t willing to pay the 12 percent GST and wanted the developer to absorb it. Stuck with inventory, many builders obliged. We will have to wait and watch if there is a revival in demand and prices post in April 2019.

Manas Nag, a retired central government employee, has settled for a semi-luxury home in Gomti Nagar which has been gifted…
in Azea Botanica Posted by admin
December 15, 2018November 16, 2019

Flats in Lucknow is growing in leaps and bounds not only in terms of the populace but also in terms…
in Azea Botanica Posted by admin
December 12, 2018November 16, 2019

There is no dearth of supply in the residential real estate market across India, both in the ready-to-move-in and under-construction…
in Azea Botanica Posted by admin